How does the office sound? Light background music, indistinct chatter,  printers, coffee machine grinding… perhaps tiny details that you usually ignore. But how tiny are these distractions when you need to concentrate? Can be quite difficult, right? Statistically speaking, employees are distracted every 11 minutes. How can you still get the work done then? The answer lies in the acoustics.

Acoustics is the science of sound. Namely the production, control, transmission, reception, and effects of sound. It’s the study of sound absorption and transmission within materials, as well as the interactions between people and sounds. In architecture, it is commonly understood as improving sound in different environments. Usually, this is ensured by three processes: sound absorption, blocking and masking.

The effects of sound

So, what makes sound so influential? The answer lies in the reactions it can evoke in human body. Sounds affect us on many levels, including psychological, cognitive and behavioural.

Particular sounds can make you feel happy, sad or irritated. Neuro-scientists explain it as the links established between particular brain zones and our emotional responses to the sound. These connections evoke multiple psychological effects. Defining individual cause-effect patterns can be difficult due to the variance of individual responses. However, causal relationships have been discovered between noise and various effects like annoyance, anxiety, depression and even violent reactions. This brings us to the conclusion that the sound environment has a significant impact on the psychological well-being of people.

Concentrating in a noisy place can be very challenging. This is due to the cognitive limitations of our brain. We all have limited mental bandwidth for audio input. That’s why it is so hard to understand two people talking at once.

Likewise, when you are trying to focus on writing or reading and someone starts talking on the background, this takes away some of the processing capacity of your brain. But what do reading and writing have to do with audio perception? These two activities involve internal vocalization,  the voice inside your head. And the brain finds it difficult to process both inner and external voices at the same time.

Fast music speeds up our actions. That’s why you hear it in fast-food stores, played deliberately to keep the customers moving along. Whereas, fashion shops often play slow-paced music to encourage shoppers to linger and buy more. Our walking and driving styles also change depending on the music we listen to.

Whilst fast music increases the speed at which we complete our tasks. It causes some people to make more mistakes. The impact of music on performance differs. Some people demonstrate better concentration and attention, while others consider music to be as distracting as noise.

The power of office acoustics

Given various effects that sound has on people, it becomes a powerful factor in many social places. Workplace is no exception. Proper acoustics will make people feel comfortable, allow them to focus and stay productive. On another side, poor sound isolation and various distractions will have the opposite effect. Numerous academic studies have confirmed that noisy workplaces can negatively affect anything from employees’ health to their motivation. The scope of such influence generally depends on people’s sensitivity to distractors, the type and volume of sounds as well as the acoustic properties of the environment. However, this doesn’t change the scientific consensus. A noisy office hampers workers’ well-being and performance.

Let’s take a look at the numbers:

The facts speak for themselves. In order to ensure well-being and productivity at work, acoustics should be a primary consideration in the office design. However, it is often overlooked, leading to increasing numbers of unsatisfied employees.

However, acoustics will not do the work alone. You should also think of other elements of interior design. Colours, textures, smell, light - the true magic happens when all these aspects come together in a physical space. Professor Spence from Oxford University calls it superadditivity: different types of sensory communication have a multiplicative effect when coupled with each other. For instance, visual stimuli will cause a more significant impact when they are combined with sound and vice versa. Seeing a picture of a forest is a one-sided experience, seeing it and hearing the birds sing is completely different. Add the smell of fresh grass and you reach a qualitatively new level of sensory perception.

The multi-sensory approach can be very helpful in office design. It often happens that interior design is all about how things look. However, visual language is only one of the six tools you can use. As Sissel Tolaas puts it:

“We have the hardware, called the body, and we have five amazing pieces of software called the senses. And I think we need to create environments where all of these senses are challenged somehow. Environments are primarily driven by visual qualities. That’s not enough, not at all.”

Learn more about the power of smell and it's role in design in our Pod session with the world-famous odour expert. 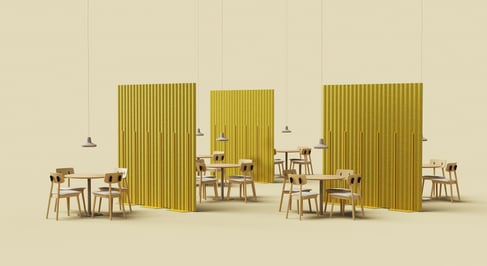 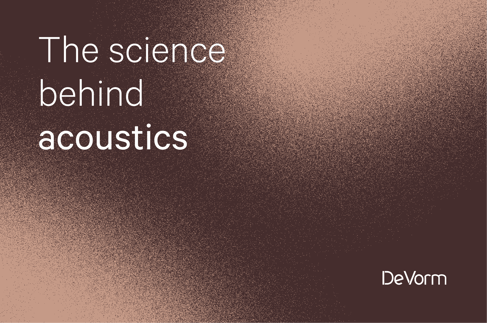 The Science Behind Acoustics 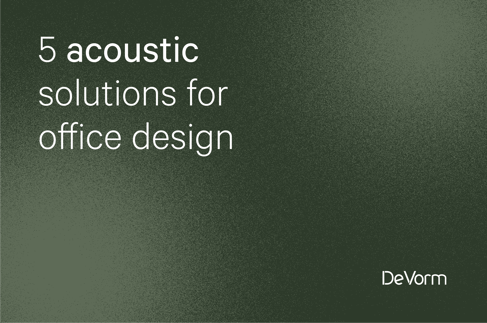