The Role of Natural Light in Office Design

Sufficient natural light is one of the basic human needs. No wonder that so many people mark the access to daylight as one of the biggest office perks. Poorly lit and bleak workplace is of no benefit to anyone. Let's take a look at the role of daylight in office design and the benefits it provides. 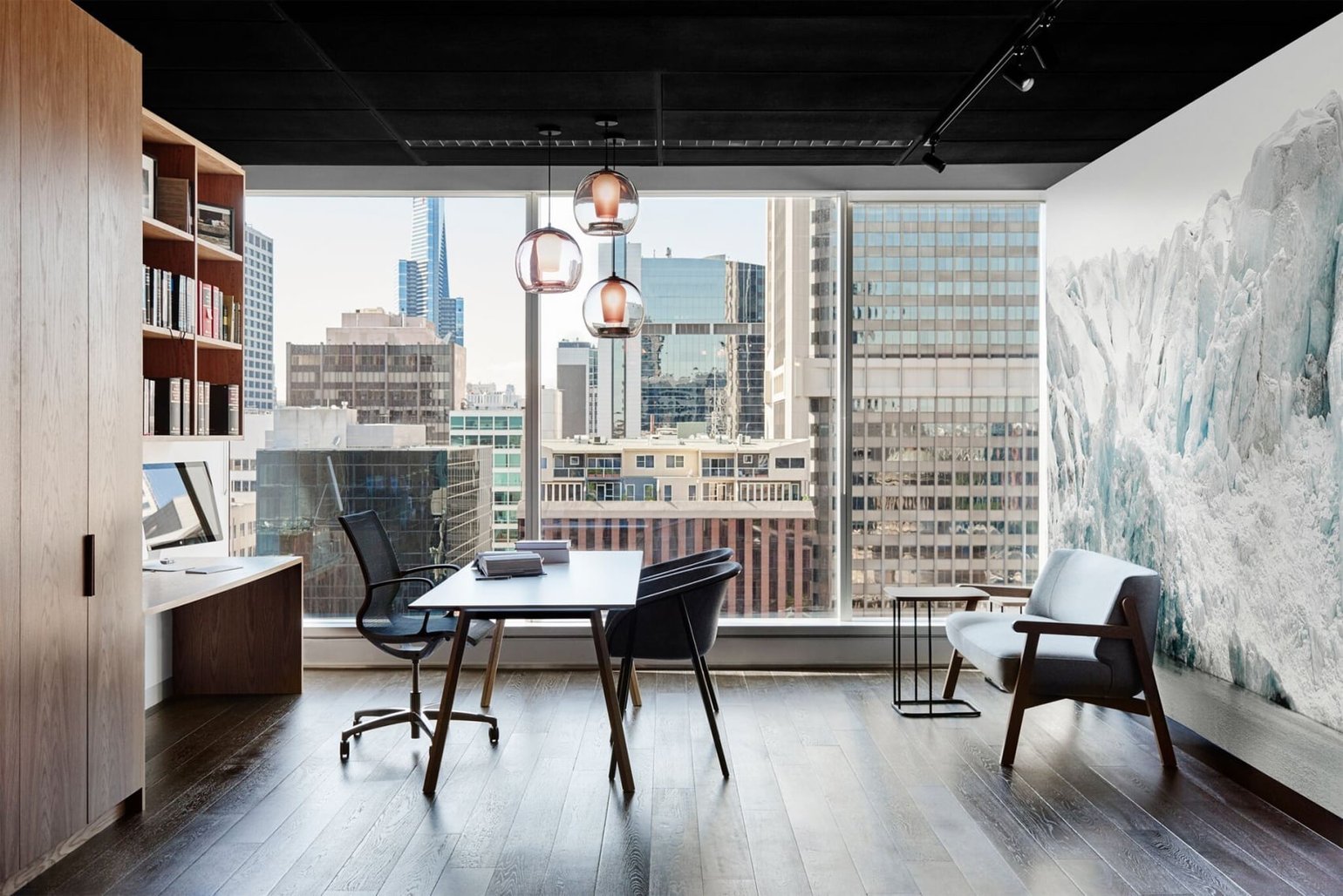 Lack of daylight in offices: where it comes from

At different times in the world's history, the attitude to natural light and the sunlight was changing drastically. In the 1600s, people stayed out of the sun as pale skin was considered a sign of belonging to the high society. Later on, the discussion evolved around the correlation between exposure to sunlight and skin health, particularly the skin aging and cancer. It was the fear of these detrimental effects of sunlight that was driving people to stay out of the sun in some countries, like Australia.

And yet, up to 1950s, daylight was the primary source of lighting in most buildings, both residential and commercial. Buildings were planned and in built shapes designed to maximise available daylight - high ceilings and large windows were crucial. However, in the 1950s, the construction industry saw a drastic change. It was marked by the invention and mass-production of the fluorescent light tube. No longer were high ceilings and large windows were required for maximum light.

The underestimated importance of daylight resulted in buildings without windows and lots of artificial light as a substitute. Having a window in an office was rather a privilege, than a necessity. However, the lack of daylight finally got some recognition with the discovery of Seasonal Affective Disorder (SAD) in the early 1980s. It proved that regular lack of daylight can cause lack of energy, sleep disorder, depression and many other health issues.

Since then, we evidence an ongoing discussion about the importance of daylight and its direct effects on human well-being. So, why is it so important?

There is hardly any other medium affecting our bodies and minds so much as light does. Our biological clock uses ambient illumination as the main regulator for many processes. We need bright daylight exposure to stay active and complete darkness for sleeping. Given that the modern lifestyle makes us spend from 80% to 90% of our lives indoors, the constant lack of daylight becomes an alarming trend.

Many people have already experienced it. A recent survey by Harvard Business Review concluded that access to light is one of the most important factors for office workers. Almost half of the respondents indicated that they felt tired in the absence of natural daylight or a window in the office. 43% even said they felt gloomy.

And the list of facts continues. Dr Hedge found out that the access to natural light in an office has a direct effect on the overall wellbeing of employees. If we received sufficient daylight during the working time, it would result in:

Moreover, employees working in sufficiently lit environments appear to sleep better, stay more productivity. The benefits are countless. However, how do you bring them to the workplace? 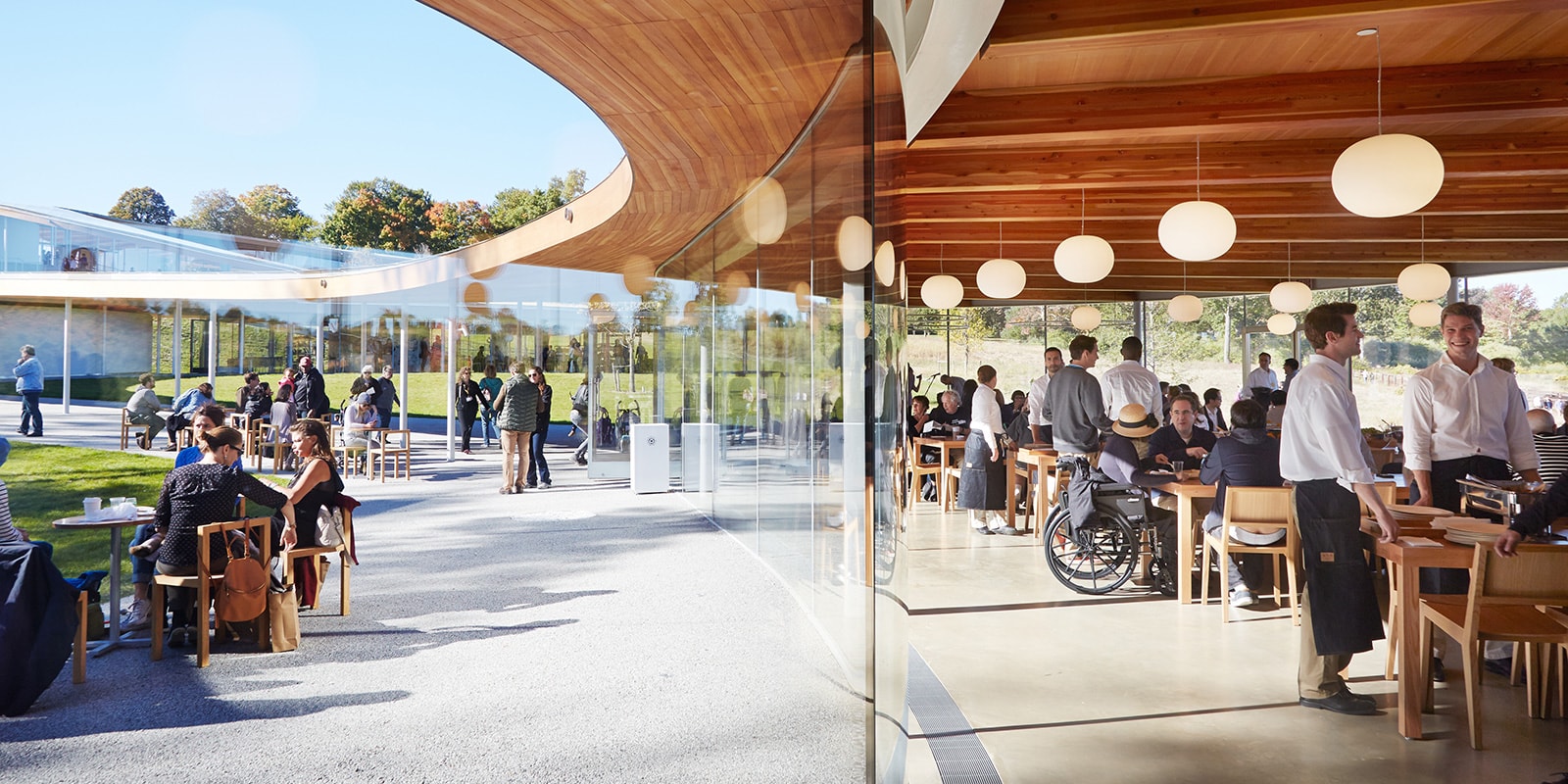 Let there be light

Several factors play a role whether sufficient natural daylight can be created. After all, not all buildings are blessed with the largest windows, and budget often plays a role in this. Nevertheless, there are several adjustments that you can make or take into account during the office design process. 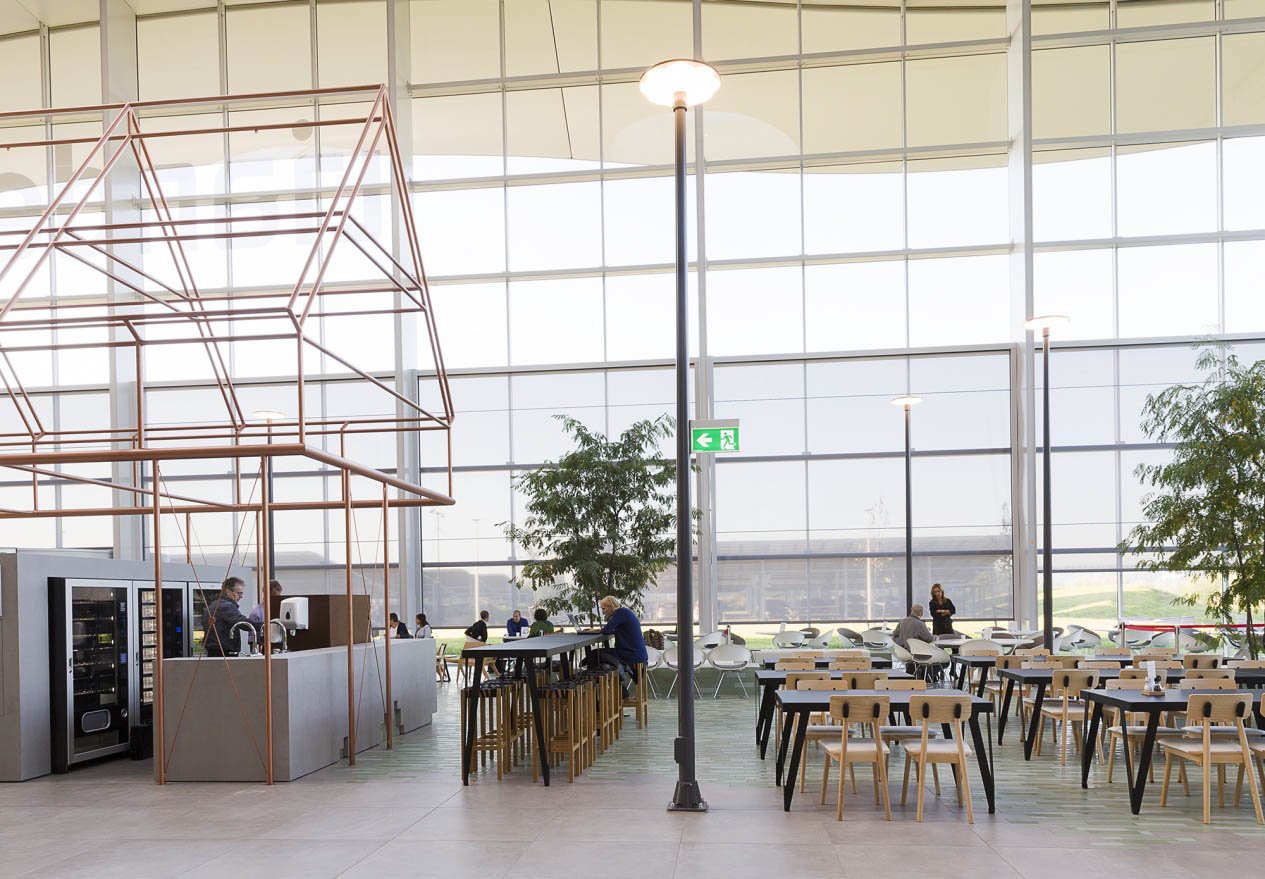 Direct sunlight can cause glares on screens or other reflective surfaces, deteriorated sight, or overheating the office. Especially during the summer months it’s important to be thoughtful with light and air circulation, especially for those sitting close to the windows.

Bringing it all together

Considering natural daylight in the office design is a part of the bigger picture. Examine the office space critically and make a plan of actions to ensure the right level of daylight. Contribute to a healthy working environment for employees where they feel comfortable to dedicate themselves fully to their work on a daily basis. 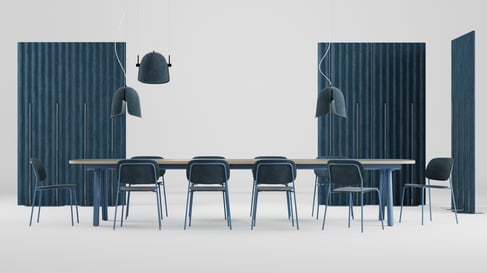 The Office as USP 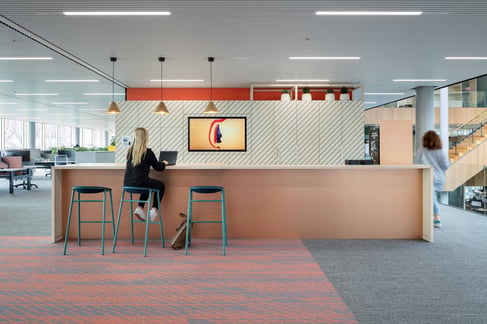